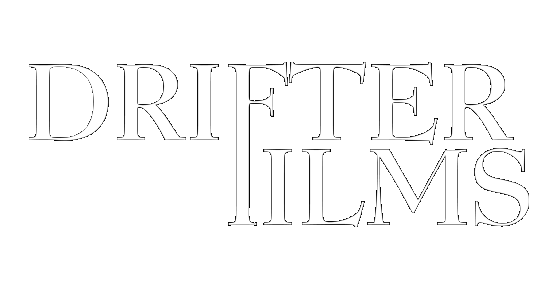 drif'ter:
A type of jellyfish that calls
no particular place home.

drif'ter:
A type of jellyfish that calls
no particular place home.
INTRO

Drifter Films, Inc was founded in 2009. The company was formed with the intention of producing full-length motion pictures based on original stories for the screen. Drifter Films is based in New York City and was started by Paul Le Mos, who, along with his partner Keith Shapiro, plan to find financing, secure rights, and produce independent feature films. Drifter’s interest goes beyond film. Television is an area where the company will produce and own the rights to original ideas, along with producing plays for the stage. The overall attraction to independent movies is stronger than ever, and an audience will always come out and support a story well told, whether they see on the big screen or decide to stay home and watch it on the small screen. Through movie theaters, television, streaming, and the internet, good film-making will always be welcome. These days, the opportunity to showcase a well-told story is global. Drifter Films looks forward to the future of independent films and hopes to stake a claim to an audience that sits waiting, popcorn in hand, for the next great film to arrive.

In 2022, Drifter Films in association with Aim Group, LLC, will produce and independent feature film entitled “DEEP PURPLE”. The film is based on an original screenplay written by Paul Le Mos. The film will be shot on location in New York City, with Mr. Le Mos directing and Keith Shapiro as the associate producer.  Mr. Shapiro also worked as an associate producer on Drifter Films’ first feature “Melissa”, of which Mr. Le Mos wrote the original screenplay, directed and co-produced.

Over the next twenty-four months, Drifter Films is also working on completing the financing on a new feature film entitled “Hidden Identity”. The film is based on an original screenplay by Paul Le Mos and is to be shot on location in New York City and Paris, France. Drifter Films is looking forward to discussing upcoming projects like its new one-hour television drama “Jane & Jane”, created by Paul Le Mos. He also teaches a highly regarded acting workshop in Manhattan.

Paul Le Mos is a director, screenwriter, producer, and former actor. Paul is a graduate of The Neighborhood Playhouse School of the Theatre in New York City. He studied with the late legendary Sanford Meisner. Alumni of the prestigious Neighborhood Playhouse include: Steve McQueen, Robert Duvall, Gene Hackman, Dustin Hoffman, Diane Keaton, Joanne Woodward, James Caan, and Jon Voight. Other graduates include Allison Janney (West Wing) and Dylan McDermott (The Practice). -Read More- Notable film directors include: Sydney Pollack, Sydney Lumet, and David Mamet. Paul’s acting credits include: appearances on “The Cosby Show” with Stevie Wonder and “The Equalizer” with Christian Slater. His film credits include “Only in America”, “Simple Justice” with John Spencer (West Wing) and Doris Roberts (Everybody Loves Raymond). Paul has also appeared on “As the World Turns”, “General Hospital” and “America’s Most Wanted”. Writing, producing, and directing credits include his film “Melissa” with Nicole Eggert (Baywatch), Tony Sirico (The Sopranos). Paul also wrote, produced and directed a short film titled “The Introduction” with Brian Tarantina (Donnie Brasco, Son of Sam) and Zora Andrich (Joe Millionaire). The short film premiered at the Oldenburg Film Fest in Germany. Paul is also in negotiations to produce a feature film based on his original screenplay titled “Deep Purple”. The film is set to start pre-production in 2020. Paul Lives in New York City, where he teaches a highly regarded acting workshop that includes: Meisner Technique, scene study, monologues, cold readings, auditions, and on camera.

Executive Producer Keith Shapiro is a 39-year film and television industry veteran. A resident and native New Yorker, he is the Director of Finishing at Hell’s Color Kitchen, one of New York City’s most prestigious production and post production facilities. Keith has been a Production Management Executive for numerous live events such as: The Tony Awards, Spring Awakening and The Lion King on Broadway, 12 seasons of The Metropolitan Opera HD Live, HBO & Showtime Boxing, Presidential National Conventions, concerts -Read More- for Paul SimonTony Bennett & Lady Gaga, Guns N’ Roses, Boy George & The Culture Club, Diana Ross, and Ringo Starr & His All Starr Band. He has managed multiple Academy, Emmy, Tony, Grammy, Cannes, Tribeca, and Sundance Award-winning documentaries, feature films, and television series. Keith received his Bachelor of Arts in Communications/Mass Media from State University of New York at Plattsburgh, and is a Director and Founder of The Foundation for NIBD, developing vital research to find a cure for Crohns Disease & IBD.
PROJECTS

The story of a young woman with hopes of becoming
a Broadway dancer, whose innocence slips away.
Starring: Nicole Eggert (Baywatch)
Tony Sirico (Sopranos).

A tale of two strangers locked in a bank
vault for a night and the struggles they endure.
Sometimes, all it takes is a name.

Starring Hemky Madera (“Queen of the South”, “Weeds”);
official selection of the festival of the Dominican Republic. 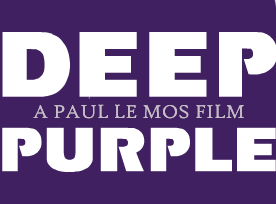 An inside look at the workshop & comments from highly respected industry individuals.